“We are pleased with the progress made in the second quarter,” said Mike Cola, Chief Executive Officer of Cerecor. “In addition to strengthening our cash position with the debt financing, we expanded our pipeline with an exciting collaboration with Sanford Burnham, and announced favorable results in one of our key programs, CERC-002 in moderate-to-severe Crohn’s disease. We are excited to continue the advancement of our programs, including the expansion of CERC-002 into moderate-to-severe ulcerative colitis refractory to anti-TNF alpha therapies. We look forward to the second half of 2021 with multiple data readouts including the second cohort of CERC-002 in Crohn’s disease.”

As of June 30, 2021, Cerecor had $40.4 million in cash and cash equivalents, representing a $21.5 million increase as compared to December 31, 2020. The increase was driven by gross proceeds of $20 million from a debt financing agreement entered into in June 2021 and net proceeds of $37.7 million from an underwritten public offering completed in January 2021, partially offset by operating expenditures, the majority of which related to pipeline development. In the third quarter, the Company achieved a milestone triggering receipt of an additional $10 million debt tranche.

Total operating expenses increased $7.3 million for the three months ended June 30, 2021 as compared to the three months ended June 30, 2020, which was the largest driver of the increase in net loss period over period. The increased operating expenses were largely driven by a $6.7 million increase in research and development expenses as a result of Cerecor’s continued advancement of its maturing pipeline, particularly as it relates to clinical and manufacturing expenses.

(a) The condensed consolidated balance sheets as of June 30, 2021 and December 31, 2020 have been derived from the reviewed and audited financial statements, respectively, but do not include all of the information and footnotes required by accounting principles accepted in the United States for complete financial statements.

(a) The unaudited condensed consolidated statements of operations for the three and six months ended June 30, 2021 and 2020 have been derived from the reviewed financial statements but do not include all of the information and footnotes required by accounting principles generally accepted in the United States for complete financial statements.

Cerecor is a biopharmaceutical company focused on becoming a leader in the development and commercialization of treatments for immunologic, immuno-oncologic and rare genetic disorders. The company is advancing its clinical-stage pipeline of innovative therapies that address unmet patient needs within rare and orphan diseases. The company’s rare disease pipeline includes CERC-801, CERC-802 and CERC-803, which are in development for congenital disorders of glycosylation and CERC-006, an oral mTORc1/c2 inhibitor in development for the treatment of complex lymphatic malformations. The company is also developing two monoclonal antibodies, CERC-002, and CERC-007. CERC-002 targets the cytokine LIGHT (TNFSF14) and is in clinical development for treatment of inflammatory bowel disease, and COVID-19 acute respiratory distress syndrome. CERC-007 targets the cytokine IL-18 and is in clinical development for the treatment of Still’s disease (adult onset Still’s disease (AOSD) and systemic juvenile idiopathic arthritis (sJIA)), and multiple myeloma (MM). CERC-006, 801, 802 and 803 have all received Orphan Drug Designation and Rare Pediatric Disease Designation, which makes all four eligible for a priority review voucher upon FDA approval.

This press release may include forward-looking statements made pursuant to the Private Securities Litigation Reform Act of 1995. Forward-looking statements are statements that are not historical facts. Such forward-looking statements are subject to significant risks and uncertainties that are subject to change based on various factors (many of which are beyond Cerecor’s control), which could cause actual results to differ from the forward-looking statements. Such statements may include, without limitation, statements with respect to Cerecor’s plans, objectives, projections, expectations and intentions and other statements identified by words such as “projects,” “may,” “might,” “will,” “could,” “would,” “should,” “continue,” “seeks,” “aims,” “predicts,” “believes,” “expects,” “anticipates,” “estimates,” “intends,” “plans,” “potential,” or similar expressions (including their use in the negative), or by discussions of future matters such as: the development of product candidates or products; timing and success of trial results and regulatory review; potential attributes and benefits of product candidates; and other statements that are not historical. These statements are based upon the current beliefs and expectations of Cerecor’s management but are subject to significant risks and uncertainties, including: drug development costs, timing and other risks, including reliance on investigators and enrollment of patients in clinical trials, which might be slowed by the COVID-19 pandemic; regulatory risks; Cerecor’s cash position and the potential need for it to raise additional capital; general economic and market risks and uncertainties, including those caused by the COVID-19 pandemic; the risk that preliminary findings from our clinical studies may not be indicative of subsequent study results; and those other risks detailed in Cerecor’s filings with the Securities and Exchange Commission. Actual results may differ from those set forth in the forward-looking statements. Except as required by applicable law, Cerecor expressly disclaims any obligations or undertaking to release publicly any updates or revisions to any forward-looking statements contained herein to reflect any change in Cerecor’s expectations with respect thereto or any change in events, conditions or circumstances on which any statement is based.

For media and investor inquiries

Arkansas' GOP governor would like to undo ban on mask mandates 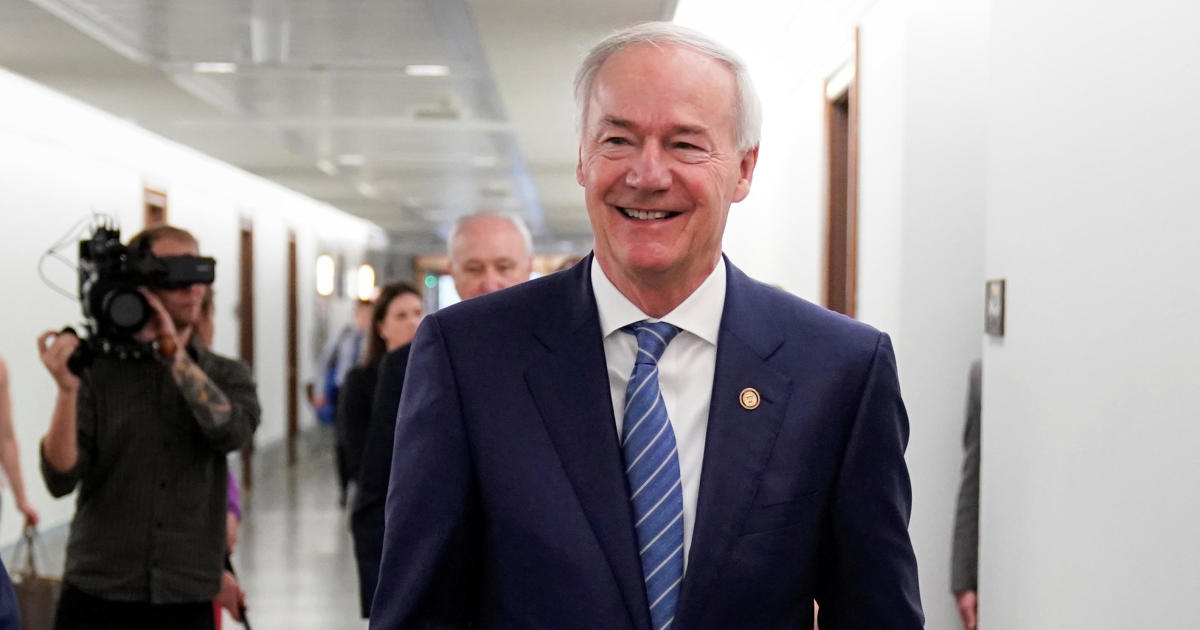