– The top earner locally made more than $600,000 last year — from $275,323 for his work as a forensic pathologist for Montgomery County plus pay from three other counties where he worked.

– Kettering police officers and firefighters are among the highest paid in the region and state.

The Dayton Daily News is committed to watching your tax dollars. And employee payroll amounts to the largest expenditure of public funds among local governments. A searchable database of public employee payrolls over $50,000 is available on DaytonDailyNews.com.

No Montgomery County employee was paid more than $200,000 in 2019. Last year, there were eight, including five at the coroner’s office.

Montgomery County Coroner Kent Harshbarger said a nationwide shortage of forensic pathologists forced him to raise his employees’ pay or risk them leaving.

“The salaries are going up because everybody’s desperate to find staff,” Harshbarger said.

He raised their base pay over $200,000, with extra payouts for every autopsy they perform in excess of 275.

Top earner Russell Uptegrove was paid $275,323 by Montgomery County last year. He was a full-time forensic pathologist since 1999 and resigned in August 2020 — cashing out $53,643 in vacation leave — then did additional work on a contract basis.

Dr. Russell Uptegrove is the county coroner in Warren County and a full-time forensic pathologist in Montgomery County. TY GREENLEES/STAFF

In July of last year, he took a job as a full-time forensic pathologist at Hamilton County. He was paid $88,163 in that job. He said during the period he was on the payroll for both agencies, he was using accumulated leave from Montgomery County.

He also filled in for the forensic pathologist in Butler County, and his business, Russel Uptegrove MD Inc., was paid $40,350 for 56 autopsies there. He did another 160 autopsies on contract with Hamilton County before he was hired there last year, and his business was paid $112,000 for those.

This brings his total publicly-funded pay to $644,852 last year.

“It’s the busiest work environment we’ve ever had to deal with,” Uptegrove said. “There’s not enough people to go around, to do these cases, so people have to work in different locations to help out so bodies aren’t stacked up laying around.”

The second highest-paid public employee in the review last year was Moraine Fire Chief David Cooper, who retired in February and cashed out more than $100,000 in leave then was rehired at a salary of $108,285. His total compensation last year was $272,878.

ExploreTaxpayers on hook for $444M in unused state worker leave

Others making $200,000-plus were the CEO and deputy CEO of RTA; health department medical directors in Montgomery and Warren counties; and the administrators of Dayton, Kettering and Montgomery County and the top official at the Miami Valley Regional Planning Council. 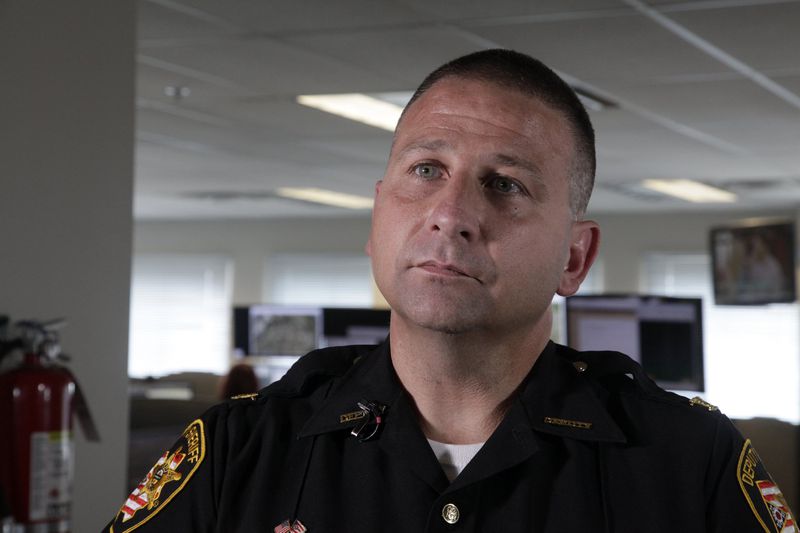 Rob Streck, Chief Deputy of the Montgomery County Sheriff’s Office, said dispatchers are taught to get as much information as possible from the caller because location technology is not consistently accurate. BYRON STIRSMAN/STAFF

Many local employees got a bump in pay from the simple fact 2020 was a leap year so some governments had 27 pay periods instead of the normal 26.

But a much bigger driver of increased pay for law enforcement was overtime. Ten sheriff’s office and police department employees made more than $40,000 in overtime last year — eight in Montgomery County and two in Kettering.

The one dispatcher and two corrections officers who made more than $50,000 in overtime last year routinely work more than 30 hours of overtime a week, according to records.

Montgomery County Sheriff Rob Streck said overtime costs increased by $330,318 last year. This was partly due to there being an extra pay period, but mostly because they can’t fill vacant positions and had to use overtime when an employee went on COVID-related leave.

“We are facing the same obstacles that most employers in the Miami Valley are facing. There seems to be a significant labor shortage,” Streck said.

“Like most of the occupations within the Sheriff’s Office there is no working from home and dispatchers and corrections officers are on-duty around the clock, on weekends and holidays, in all types of weather and we are competing with other agencies across the region to attract and retain the best candidates,” he said.

“Trying to make sure that we have enough well-trained team members is one of my biggest challenges and also one of the greatest stressors of my position,” he said.

Most area governments said the pandemic drove up overtime costs. When employees got sick or had to quarantine, others had to pick up overtime to cover their hours.

Public Health–Dayton & Montgomery County employees on the front lines of responding to the pandemic worked extra hours as well, totaling $168,781.

From late May to mid-June, the Dayton police department spent $300,501 in overtime in response to the protests. They also spent $90,720 on equipment and supplies. 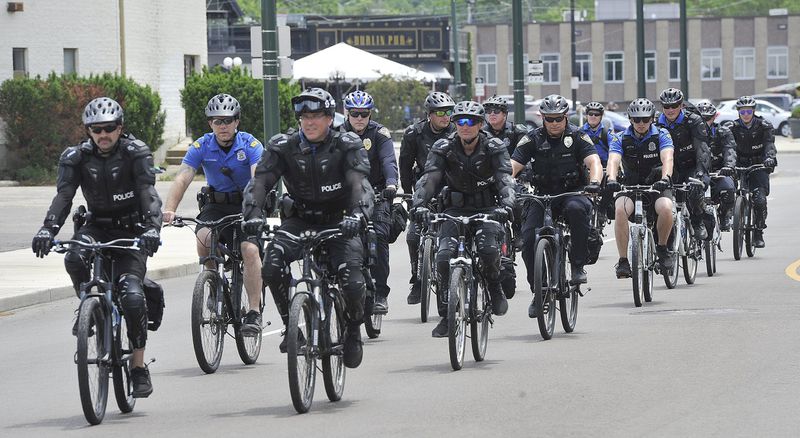 Dayton police ride bikes alongside protesters on Wayne Ave. Saturday to protect them as they march for George Floyd. MARSHALL GORBYSTAFF

“We also had employees who chose to retire or change career paths because of what they perceived to be a negative portrayal of law enforcement,” Streck said.

“More recently the negative publicity and the anti-police sentiment we are experiencing here in the last year or two has probably contributed to that to an extent,” he said.

As older cops retire, the competition for the smaller pool of new recruits can drive up the pay, he said, as well as push departments to offer more flexible hours and better benefits. At the same time, more overtime is needed to make sure public safety is maintained 24/7.

“There is a necessity to work the overtime to solve crimes,” he said.

Dayton Deputy City Manager Joseph Parlette said federal funding provided last year because of the pandemic allowed them to restore police and fire recruit classes not originally in the 2021 budget.

“We are hiring new police officers and firefighters,” he said.

“The only difficulty in recruiting firefighters is in hiring enough racial and gender diversity. Recruiting police officers is a challenge in the same ways, however we’ve seen less interest in becoming a police officer from eligible candidates of all demographics in recent years.”

Becoming a police officer in Dayton requires six months of training at the Dayton Police Academy. Recruits are paid while at the academy. The starting pay upon appointment is $57,761 plus overtime paid at $41.66 an hour. Base pay raises over the next 6.5 years to $70,304, plus overtime paid at $50.70 an hour.

Xenia Assistant Finance Director Jason Lake said employees exposed to COVID last year meant other employees worked extra overtime to cover their shifts. He said their base hourly rates are some of the lowest in the area.

He also said the city has had difficulty filling police and fire positions. They recently lowered certification requirements for firefighters. And they had four long-time firefighters retire least year, increasing their pay with leave cash-outs and increasing overtime costs for remaining employees.

Some of their overtime is covered by other organizations, he said. This includes employees deployed with a FEMA task force and those who do contract work with other agencies that reimburse the city.

Lake said Xenia also has a unique program that pays employees if they opt out of the city’s health insurance plan and obtain coverage elsewhere. He said this saves the city money as these payments are cheaper than covering those employees’ premiums.

Oakwood paid 34 employees more than $100,000 last year, which is more than most larger cities in the area. Most of these were public safety officers, according to city data.

Oakwood is unique in Ohio in that all of its public safety staff is fully cross-trained as police officers, firefighters and paramedics.

‘Operating a fully consolidated safety department in Oakwood provides for the extremely swift and comprehensive response to any emergency,” said Oakwood Finance Director Cindy Stafford. “The amount paid to employees is not related to population but rather education, skill sets, and job responsibilities.”

“We will typically now, when we put out for firefighter or police, get less than 10 applicants. And we lose people along the way who get hired by other communities before we get to the end of the process,” he said.

“We also have officers and firefighters leave for what they perceive to be greener pastures only to request reinstatement to Dayton a short time later,” he said. “There have been two of those this year alone (one firefighter and one police officer).”

Mark Kidd, president of the Ohio Fire Chiefs Association and chief of the fire department in Plain City, said small departments like his have always had turnover as people went to larger, better-paying cities. But now they are having a harder time filling those positions.

“Now we’re having to compete with everybody else in that small feeder system to get guys in the door,” he said.

He believes the issue is the same as in trades, where kids are told they need to go to college to get a good job.

“Some of the focus has been taken away from public employment,” he said. 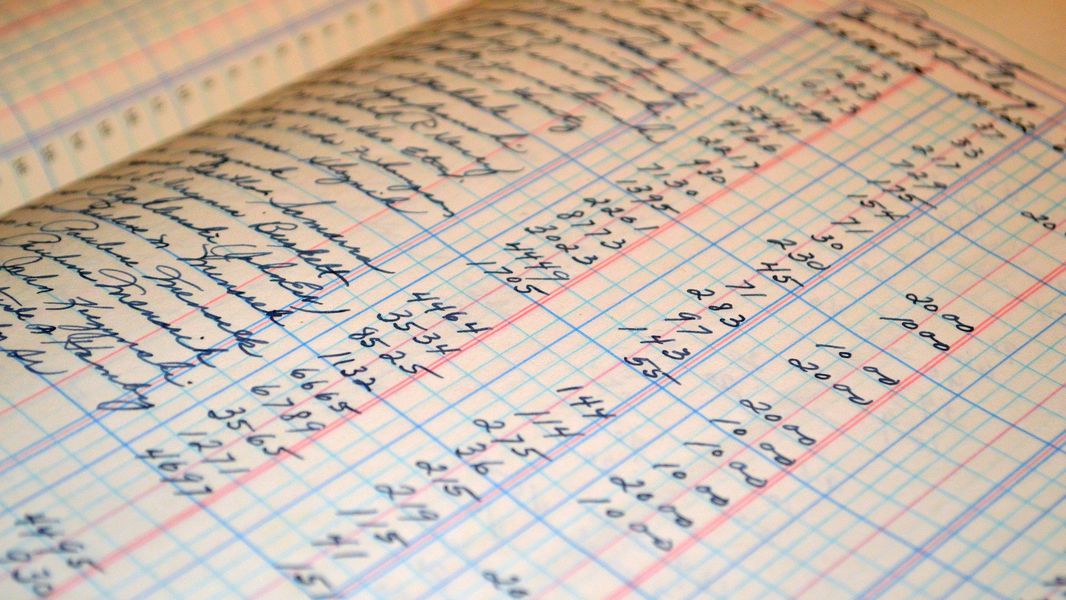 It’s not an easy job — 56-hour work weeks mean a lot of time away from family — but with less than two years of training someone can start at more than $50,000. And with promotions, overtime and other special pay, hundreds of area fire department employees made six figures last year.

On a recent weekday, a class of students training for their firefighter certification at the Sinclair Fire Academy used tools to take apart smashed up cars to practice rescuing people.

Among them was Jake Price of Dayton, who said he wants to be a firefighter “to help people in situations they don’t want to be in and potentially the worst days of their lives. I’d like to be there and help them out.”

Fellow recruit Emily Ansden, of Sidney, said she thinks many young people get caught up in thinking they need a four-year degree and don’t realize public safety jobs pay well and deliver benefits beyond compensation.

“I like the work. I like the variety. I like that you’re helping people and saving lives,” she said. “You’re not just paying the bills. You have something to look forward to that’s fulfilling.”

Save big on tech, clothes, bedding and more

Thu Aug 19 , 2021
— Recommendations are independently chosen by Reviewed’s editors. Purchases you make through our links may earn us a commission. Sure students are getting ready to go back to school this fall, but what about the teachers? Shouldn’t they get a little help preparing for the next year’s worth of lengthy classes, […]