When people become parents, they often turn to self-help guides and Google for advice on caring for their newborns.

But scientific evidence suggests new parents should look beyond What to Expect When You’re Expecting to the natural world. Animal folk tales like India’s Panchatantra and movies like Finding Nemo are just the beginning when it comes to using wildlife as a guide to better living. Actual animals have much to teach human families as well.

“Many birds and mammals are ‘good parents” because evolution has shaped their instincts to be so, but we have those same instincts as well,” Nathan Lents, a professor of biology at John Jay College and author of ​Not So Different: Finding Human Nature in Animals, tells Inverse.

Wild animals can be guides to better parenting in part because the biological mechanisms that guide parenting behavior are often conserved across species.

Karen Bales is a professor of psychology at the University of California, Davis and author of a 2017 report on parenting in animals. She tells Inverse that “in all mammalian species, there is a lot of individual variation in parenting.”

“Parents may vary from responsive but firm; from too permissive to too protective,” Bales says.

In other words, there’s an animal kingdom parenting style that will resonate with everyone. Here are helpful takeaways from seven of the most nurturing — and the most metal — mothers in the wild.

In March, a video of a mother bear went viral online, earning the sympathy of parents worldwide.

In the video, the mother bear patiently waits a few seconds before gruffly picking up her children one-by-one by the scruff of their neck and escorting them safely across a busy road — only for her unruly children to rush back to the other side of the road, causing the mother to start the process all over again.

This tenacious parenting technique is all-too-familiar to parents with more than one child, Lents says.

“Having your hands full, trying to move your kids alone safely, the kids not really understanding what they are supposed to be doing and not doing, and then add in the stress of being watched and potentially a dangerous or fearful situation — it all becomes very frantic and frustrating,” Lents says.

Human children, like bear offspring, can “then respond to the visible stress and can behave even more unpredictably,” Lent says. “It’s a downward spiral of fight-of-flight stress.”

But persistence pays off and the aggressive parenting techniques of mother bears often help offspring successfully transition to adulthood.

Mother bears are remarkably clever too. A 2016 study found female bears in Sweden keep their children alive by using humans as literal shields against male bears who would seek to harm offspring: Living near human settlements deterred adult males aiming to kill offspring that isn’t theirs.

Jane Goodall says she learned how to be a better parent to her son by observing the relationship between chimpanzee mother Flo and her infant, Flint. But what exactly can we learn about parenting from primates? Quite a lot, Bales says.

“One of my favorite behaviors is face-to-face interactions between parents and baby monkeys. The parent usually puts its face up to the baby’s face, looks into the baby’s eyes, and smacks its lips at the baby,” she says.

“One of my favorite behaviors is face-to-face interactions between parents and baby monkeys.”

These smacking gestures are a type of “affiliative behavior,” or a type of positive social interaction between primates.

From chimps, humans can learn to loosen parental control and let affection guide parenting decisions. For example, Fifi let her son Flint ride on her back longer than would normally be expected — not unlike a human mother who carries her toddler for bonding purposes, even though the child may be capable of walking.

We’ve all become accustomed to the idea of a mother goose or duck dutifully guiding her young chicks from folk tales and nursery rhymes, but these behaviors are less a result of a calculated emotional decision and more an ingrained evolutionary behavior.

“We picture a mother goose dutiful counting and carefully looking after her goslings, when in reality, her behaviors are driven mostly by programmed instincts deep within her bird brain, instincts about which she spends little or no time contemplating,” Lents says.

How does science explain the bond between duckling and mother duck, in which obedient chicks follow their mothers across busy roads, schools, and strip malls?

It goes back to this: Ducks need water to find food, but many ducks are born in nests far from a source of water. Ducklings need their mother to survive for the first 50 to 60 days of their lives before they can become fully independent. So, the mother duck must carefully lead her brood of chicks from nest to water, often crossing manmade obstructions to get there.

The lesson for humans: trust your children to follow your guidance, but keep a watchful eye in case they stray.

Flipper may be cute, but he’s got nothing on a hardcore dolphin mother.

Dolphins — and other cetaceans, like whales — often swim along with their children in a technique known as echelon swimming. It’s a type of common infant-carrying behavior in mammals, not unlike a parent swinging their young child on their hip.

Echelon swimming takes a toll on the mother, reducing her energy levels and swimming stroke speed — and sometimes putting her at risk of predators. But dolphin young gain numerous benefits from this type of side swimming. They can stay in close proximity to their mothers, keeping them safe from predators. These dolphin calves also save energy, gliding more frequently than babies that swim independently from their mothers.

Meerkats are perhaps one of the more hardcore — and controversial — parents in the animal kingdom. For example, in a BBC video that went viral in 2018, a meerkat mother exiled one of her own daughters.

But according to the book Animal Behavior, meerkats are also one of the few animals to actively teach their young life lessons — like humans — as opposed to animal offspring who learn only through observation.

Elder meerkats will teach baby meerkats important life lessons for surviving in the wild, including how to catch food and raise offspring.

Meerkat mothers also allow their little ones to rough play, setting them up to defend themselves against rival meerkat groups as adults.

While some animal mothers prefer to guard their young until adulthood — the helicopter parenting technique — songbirds tend to kick their young out of the nest sooner rather than later — sometimes before they’re ready to fly.

They’re the animal equivalent of booting your kid out of the house the minute they turn 18. Some studies suggest songbirds may even occasionally protect their entire brood by sacrificing a few of their offspring.

The songbird parenting method might seem harsh — and while you should certainly not offer up one of your children to save the bunch — there’s still a valuable lesson that parents can learn from them. After all, one of the goals of a parent is to raise independent children.

Too much dominant parenting could lead to contingent children who are dependent on others to guide their emotions — the opposite of independence, psychologists say.

So, if you worry that your child is becoming too dependent on you to guide their every decision, you may want to push your child to explore new avenues of self-growth — though maybe a little more gently than the songbird.

Invertebrates are typically less hands-on in the raising of offspring than mammals, but there’s one ferocious exception: the tiny treehopper.

In the book Evolution of Parental Care, the authors discuss the female treehopper Umbonia crassicornis — an insect known for its elongated head crest or pronotum, as well as its fierce parenting techniques.

The authors write that treehopper “mothers tilt their elongated pronotum, and fan and buzz potential threats, protecting their young until adulthood.”

Treehoppers can be found all around the world — though they’re most common in the Americas — so the next time you’re strolling around the park or taking a hike in the forest, keep a close eye on the surrounding trees. You just might spot a mama treehopper protecting her young.

Sun May 16 , 2021
The stop of Past Guy Standing is a lot less than three months absent now, and Tim Allen is obtaining flashbacks. It truly is scarce for a star to have 1 long-jogging, successful sitcom, but Allen has two, so he has been by way of the conclusion of a show […] 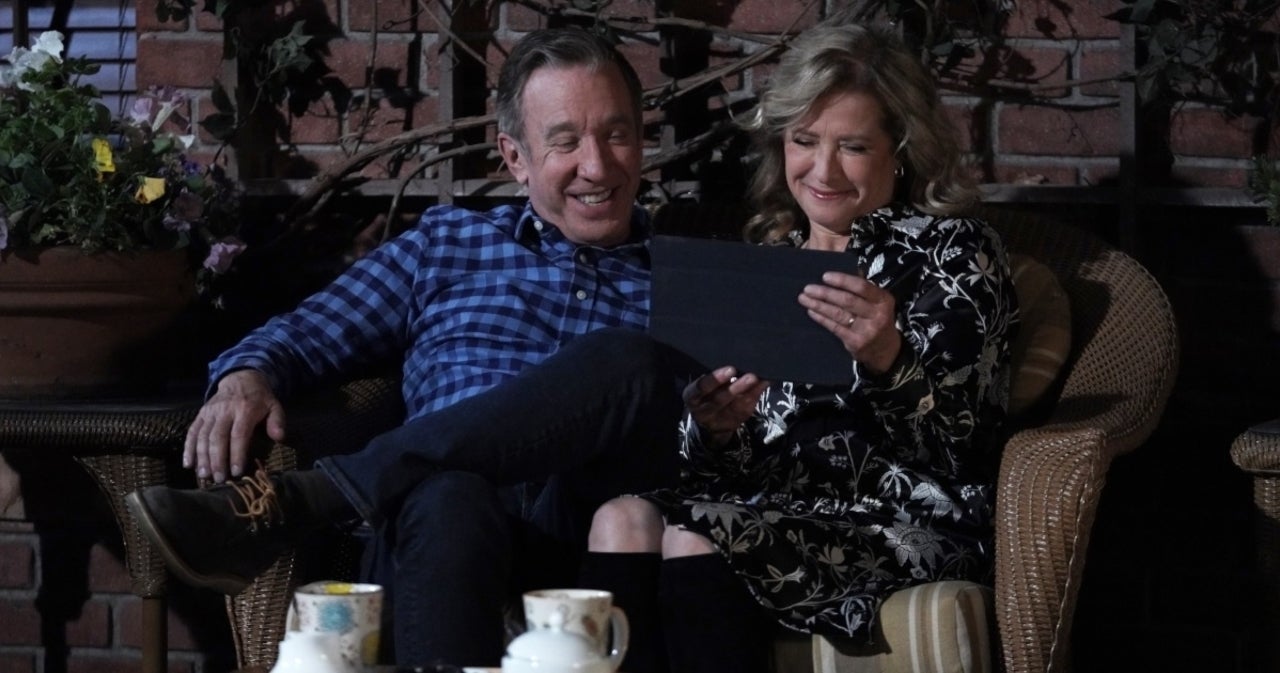