Our Turn to Serve Them

I want a crowded table in a crowded room. I want to order some finger foods to share, take a sip of your drink, high five, hug, break into song, rub a menu on my face for no apparent reason, really embarrass myself. Do all the verboten things. I want to do this for hours and hours and talk about dreams, not droplets. I want to stay so long they kick us out, so we adjourn to a crowded dive bar packed with semi-clean people and watch a band sweat and scream. We’re gonna stage dive.

We’d all like to take this year back to the year store. But we can’t, so we sanitize and find fixes. We know about perspective. We realize when this is over we will truly savor and appreciate the endorphin cocktail of the “good times” because we slogged through the pandemic’s bowl of rusty nails.

I prefer reality over rosy pictures. I’m not going to force-feed you a bag of silver linings while the bars and restaurants we love are choking on the clouds. This is the meanest, cruelest, unfairest thing that’s ever happened to our restaurant culture. And when we say culture, we mean the dishwashers, line cooks, bussers, hosts, farmers, fishermen, breadmakers, winemakers, food truck drivers, cleaning crews, and of course the chefs and owners and entrepreneurs.

Behind every bite or sip are people.

Restaurants are the wildflowers that grow in the cracks of our neighborhoods. A bootstrap taco joint or life-savings café is often the first domino of rejuvenation for a struggling block. And we’ve never needed them more. As we become more isolated, staring at our endless arsenal of glowboxes, restaurants and bars and catered parties help us binge-watch humanity. They inspire us to put our phones down for minutes or hours at a time and do old human stuff—talk, tell jokes, make friends, make families, make business partners, make ideas, make cities.

The San Diego Magazine editorial staff questioned the appropriateness of doing a Best Restaurants issue during the pandemic. I really struggled. Every year I write about my reticence to name one place “best” when behind every place are humans with hearts doing good work. Especially now, I want to write corny love poems for every single one of them. But unfortunately time and space still exist, and that’s a task best left for Sisyphus. What it comes down to is this: This issue helps the couple hundred restaurants we’ve listed here, and it honors the work and contributions to what make San Diego so imminently livable. It’s better to help a couple hundred than none at all.

This list is personal. I don’t claim it to be the end-all, nor the be-all. I don’t eat with your mouth. Every week, people email or call me to ask, “Where should I eat or drink?” I don’t usually send them 75-plus restaurants, because they would question my sanity. But that’s exactly what I’ve compiled for you guys here—along with the choices you voted for.

My personal “Best Chef” this year doesn’t have a restaurant (yet). Phillip Esteban has been a silent creative force in San Diego kitchens, at Cork & Craft and then Consortium Holdings. When the pandemic hit, he worked with World Central Kitchen to cook for front-line workers and started his own catering concept, Craft Meals, where he donates a meal for every one purchased. He’s also one of a few chefs leading a renaissance in Filipino food, building a new restaurant in National City where he grew up and a food stall in Liberty Station (opening soon). So many chefs have helped so many people during all of this. If you want a silver lining, that’s it. Even with their own survival tenuous, restaurants and bars and caterers fed others.

Now is our time to help them. Order takeout or delivery. Tip excessively if you have the means. Buy gift certificates for the massive goodbye-COVID party we’re going to have. (It will happen. We will stage dive.) If you’re comfortable, dine out. Be safe, be respectful, be patient, be kind. Be there for our food and drink people.

Best of the Best (Fancy)

Best of the Best (Casual)

*Jeune et Jolie has a prix fixe menu and only offers takeout when outdoor dining is not available on rainy nights. Each dish will be packed to be reheated at home.

Runner-Up: Taste of the Himalayas

Runner-Up: The Grill at Torrey Pines

Critic’s Pick: You & Yours

*Two Roots Brewing Co. closed its Ocean Beach tasting room, but its products are available at local dispensaries and at tworootsbrewing.com

Sun Dec 6 , 2020
(CNN) —   Cyber Monday is officially here, and we’ve rounded up some of the best fashion and beauty deals and sales out there, from men’s and women’s favorites like Banana Republic, COS and Everlane to long-loved brands like Macy’s, Nordstrom and Carhartt. Plus, specialty brands like ThirdLove, which sells […] 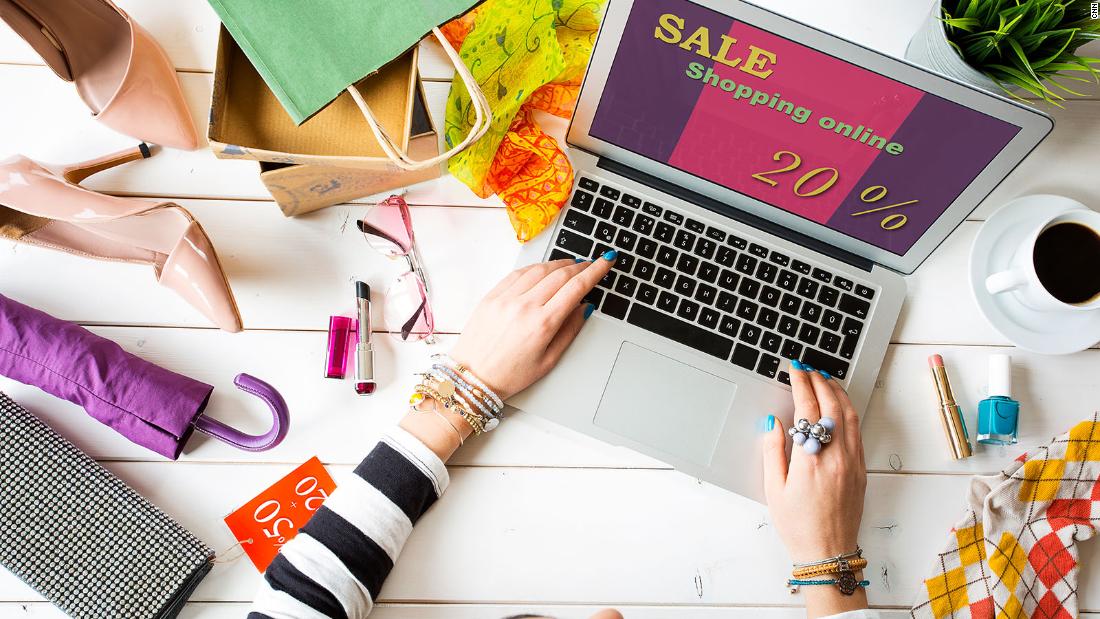