Facing deep budget shortfalls, state and local governments have shed 1.3 million jobs since the pandemic began last year — a loss of more than 1 in 20 government jobs, according to a Washington Post analysis of government data. While tax revenue grew in some states last year, the majority — at least 26 states — were hit with declines. Revenue fell by 10 percent or more in five states, including a 43 percent drop in Alaska and a 10 percent decline in Florida. The toll was felt in both Republican-led states such as Texas, which saw a 10 percent shortfall, and Democratic-led ones, such as Oregon, which weathered a 13 percent drop.

The strain has already forced some local officials to cut services, weigh tax increases or find other cost-saving measures to balance their budgets.

As a global pandemic seized the U.S. economy, the city of Dayton, Ohio, offered its 1,800 city employees voluntary separation plans. More than 100 took the offer.

To get through this budget cycle, Dayton’s police and fire departments aren’t recruiting new classes in 2021. Funding for capital projects — from roads to new dump trucks — has been slashed. Making matters worse, said Dayton Mayor Nan Whaley (D), the region was still healing from the 2008-2009 financial crisis when the pandemic hit. No change or revenue growth “We froze everything last year,” said Whaley, who is also vice president of the U.S. Conference of Mayors. “When March and April happened, we said, ‘If it doesn’t have to do with the pandemic, we’re not spending.’ ”

The price tag of helping state and local governments is too high for many Republicans. Divisions over direct state and local aid held up the $900 billion stimulus package passed in December, and it was ultimately left out of the final bill.

Such arguments gained steam after a recent JPMorgan report portrayed a sunnier view of revenue declines than many economists predicted at the start of the coronavirus crisis. According to that report, state tax receipts declined just 0.12 percent on average in 2020 from the previous year across 47 states.

“I think the biggest gap between the president’s proposal and the Republican proposal relates to [$350 billion] or so going to states and localities,” Sen. Mitt Romney (R-Utah) said. “That kind of number just makes no sense at all.”

The revenue losses weren’t spread evenly across the country, the JPMorgan report said. The majority of states saw a decline in tax revenue, and many states experienced budget gaps due to pandemic-related costs.

Asked about the JPMorgan report, White House press secretary Jen Psaki said earlier this month that the administration would instead focus on “what state, local governments and others are telling us they need.”

Democrats also point to local governments that have already cut services, laid off employees or searched for other cost-saving measures as the pandemic persists. And they say that the longer it takes state and local governments to recover, the longer the overall economy will take to fully heal.

State and local governments are large employers, accounting for about 13 percent of non-farm jobs in February 2020. The public-sector jobs also historically take longer to rebound from a recession than private-sector ones, even when there isn’t a public health crisis, economists warn.

A view of Montgomery College’s Rockville campus Dec. 2, with most buildings closed and parking lots empty as classes are held online. Community colleges have been hit particularly hard by enrollment declines spurred by the pandemic. (Katherine Frey/The Washington Post)

During the Great Recession, local governments tightened their belts in ways that took much longer to undo, even years after the private sector had fully bounced back. By March 2014, the private sector had regained and surpassed the number of jobs it had in March 2008, according to the Census Bureau. It took four more years for state and local governments to return to near-2008 employment levels, slowing down the pace of the overall recovery.

States that rely on industries most affected by the pandemic are taking some of the hardest blows.

In Alaska, which relies heavily on the oil and gas industries, tax revenue plunged more than 40 percent between March and December of 2020 compared with the same period the previous year, according to data from the State and Local Finance Initiative at the Urban Institute. Tax revenue in North Dakota fell 11 percent.

As spending on tourism and travel dried up, Hawaii’s tax revenue fell 17 percent.

Tourism is Hawaii’s largest industry and employer, with visitors spending about $18 billion in 2019. In 2020, that figure fell to an estimated $5 billion, according to the office of Gov. David Ige (D).

Baldwin Beach is empty in Paia, Hawaii, on Oct. 13. (Anna Kim for The Washington Post)

The travel and tourism sectors are not expected to rebound until the pandemic ends and people feel comfortable booking long-awaited vacations. Hawaiian officials say they don’t expect state revenue to bounce back to pre-pandemic levels until 2024.

“Even with the most generous of federal assistance, it is a staggering deficit,” Ige said in a statement.

As tourism vanished, the strain on Hawaii’s budget spilled over into the state’s education department. In January 2020, Hawaii’s state government had 72,300 payroll jobs. By April, that number fell by 8,600 jobs. All of the cuts occurred in public education, including jobs for after-school programs.

Note: Includes only sectors with job losses since Note: Includes only sectors with job losses since February 2020. Across all states, cuts to education spending make up almost all of the job losses. On the local level, public education accounted for just over half of job losses.

“When you’re looking at significant spending cuts, oftentimes you have to go where the money is, and in some states the money is in K-12 public education,” said Brian Sigritz, director of state fiscal studies at the National Association of State Budget Officers.

If Congress approves state and local aid, Ige’s office said, Hawaii would spend the money addressing some of the state’s most pressing needs, including public school education, eliminating budget cuts and repaying a $700 million unemployment insurance loan from the U.S. Department of Labor.

“Success can only be achieved when the federal government and states work together,” Ige said. “The pandemic will have lasting impacts, and the State of Hawaiʻi will work with our federal partners for as long as it takes to fully recover.”

Desks are spaced out in a classroom at Aikahi Elementary School in Kailua, Hawaii, on July 28. (Jennifer Sinco Kelleher/AP)

Yet federal help may not be necessary for state and local budgets, said Chris Edwards, director of tax policy studies at the libertarian Cato Institute. Edwards said he was encouraged by signs the economic recovery could begin to accelerate by the end of 2021, including rising home prices. Instead of a federal bailout, cities should rely on their state leaders for help, said Edwards, adding that states should always be prepared with their own rainy day funds.

“If the federal government overdoes it with bailouts, I think it’s a disincentive for states to take care of themselves,” Edwards said.

Not all states are under the same amount of strain. South Dakota shed 10 percent of its government workforce. But tax revenue rose 7 percent last year.

“South Dakota won’t be raising taxes on our citizens or our businesses. We won’t be borrowing billions of dollars to cover our budget shortfalls. And we won’t be looking to Congress to send us more stimulus money,” Gov. Kristi L. Noem (R) said in her annual budget address in December.

[More than 2,100 U.S. cities brace for budget shortfalls due to coronavirus, survey finds, with many planning cuts and layoffs]

“It’s time for Congress to draw a line in the sand for states and to send a message that states should take responsibility for getting spending under control and managing their affairs,” Nebraska Gov. Pete Ricketts (R) wrote in an October op-ed. “They should not reward years of mismanagement unrelated to the pandemic with a D.C. bailout, while making states like Nebraska foot the bill.”

Still some cities, such as Arlington, Tex., say they are at the precipice. The pandemic has devastated tourism tied to major sports events and venues, such as Dallas Cowboys football games or the hosting of the 2020 World Series. The city cut department budgets across the board by 2 to 8 percent, stopped all new hiring, left vacant positions unfilled and leaned on $21 million in Cares Act funding until it ran out in December.

The city hasn’t had to lay off any local government employees — yet. But Arlington could still face a $20 million to $30 million drop in property tax revenue later this year, said Mayor Jeff Williams.

“We’re hopeful we’ll get the assistance, because it’s the right thing to do,” Williams said. “This isn’t a red or blue issue. This is an American issue.” 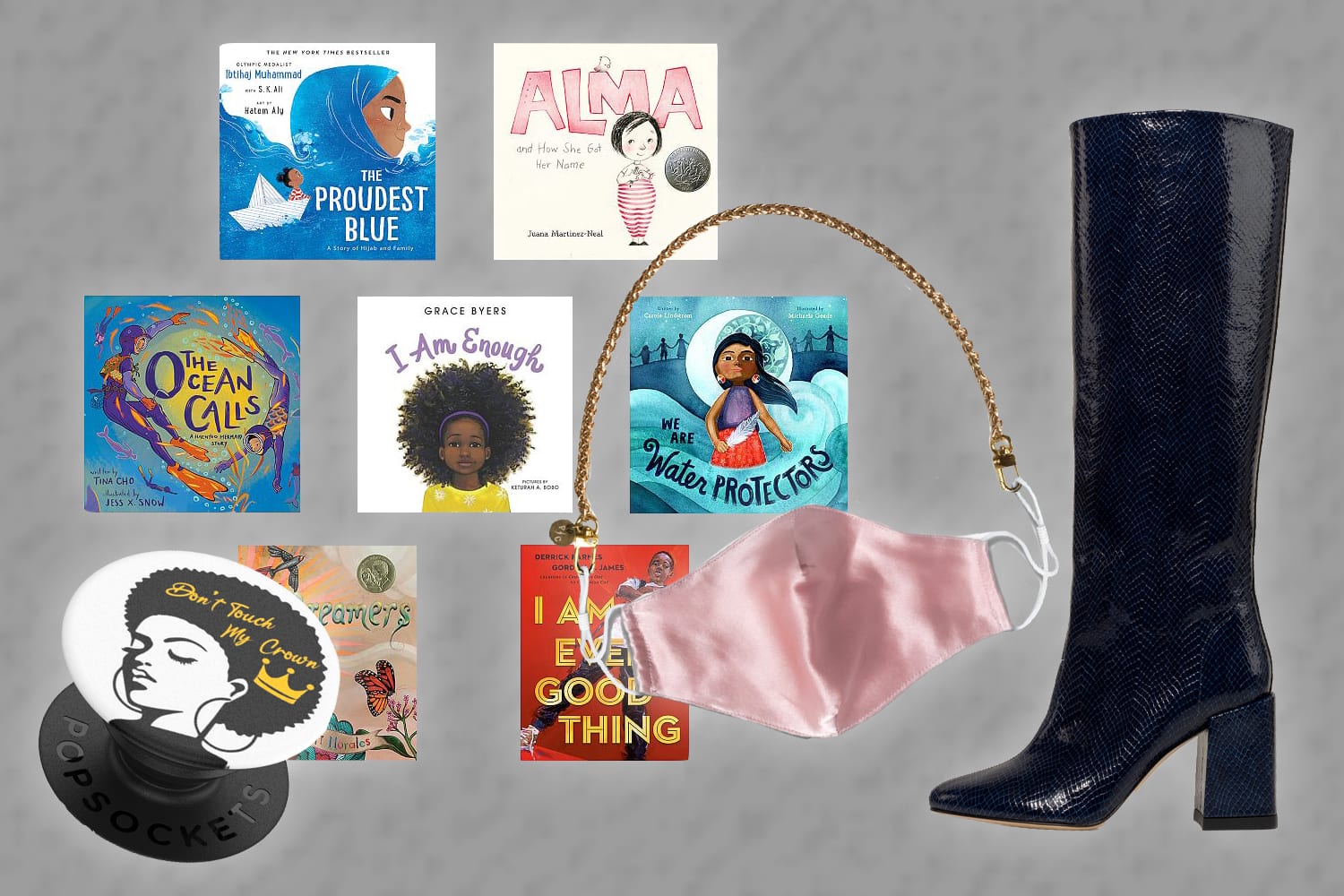