Even as the COVID-19 pandemic hit every industry and drowned out so much of the news in 2020, global business also reckoned with racial justice protests and a reinvigorated Black Lives Matter movement, the ongoing fight for gender equality in the boardroom and equal pay, the social and economic effects of the U.S. presidential election, and continued scrutiny and criticism of Big Tech and its role in our lives. Many of these events or movements have further divided Americans, politically or socioeconomically.

Some of our favorite business books of the year grappled with these macro shifts (“The Merit Myth” and “2030”), while others focused on a single important company (“No Filter” and “No Rules Rules”).

In 2021 and beyond, expect even more books about the long-lasting and far-reaching business impact of the pandemic.

Here are 12 books the Yahoo Finance staff loved this year—six published this year, six older titles that we read this year.

“No Rules Rules: Netflix and the Culture of Reinvention,” Reed Hastings and Erin Meyer

It’s easy to forget that Netflix approached Blockbuster about acquiring them all those years ago. Makes you think how the Streaming Wars would have played out if Blockbuster had bought Netflix. Hearing about the company’s unique culture is almost hard to comprehend, despite it also being super simplistic. —Nick Monte, Yahoo Finance Live producer

Most management handbooks by CEOs can be boring, self-congratulatory, and eye-roll-inducing. But this book was a candid case studies from Reed Hastings, with the help of author Erin Meyer, about how Netflix has created a culture of excellence, trust, radical candor, and open feedback. The book’s anecdotes might repeatedly leave you thinking, “My employer sure doesn’t do that…” Netflix’s culture wouldn’t work for many companies, but it has certainly worked for Netflix. —Daniel Roberts, editor-at-large

“No Filter: The Inside Story of Instagram,” Sarah Frier

Congressional documents may have told us why Mark Zuckerberg thought he needed to buy Instagram, but “No Filter” is the inside story of the company that Facebook actually bought. Sarah Frier’s book is the definitive account that bridges the gaps between the company Instagram was born as, the company that eventually sold to Facebook for $1 billion, and the company we know today. The intrigue of this origin story will only grow as the status of Instagram — as a brand within Facebook and a player in our daily lives — is sure to change in the decade ahead. —Myles Udland, Yahoo Finance Live anchor

“Death in Mud Lick: A Coal Country Fight against the Drug Companies That Delivered the Opioid Epidemic,” Eric Eyre

The Gazette-Mail reporter who uncovered the pill mill in Kermit, West Virginia (and won a Pulitzer Prize for his work) writes about the reporting that took place, and how companies like McKesson, Cardinal Health, and AmerisourceBergen played a major role in the millions of pills being sent to just one West Virginia town of 400 residents. The book is an excellent combination of original local reporting, corporate greed and corruption, and a spotlight on a tragic public health crisis taking place across the country. —Adriana Belmonte, health care reporter

“The Merit Myth: How Our Colleges Favor the Rich and Divide America,” Anthony P. Carnevale, Peter Schmidt, and Jeff Strohl

This book takes a detailed look at some of the underlying issues within higher education. It basically made me a lot more sensitive, in my own reporting, to how the same stereotypes and generalizations on income, class, and race get reproduced, even though education was meant to be the great leveler. —Aarthi Swaminathan, education reporter

“2030: How Today’s Biggest Trends Will Collide and Reshape the Future of Everything,” Mauro F. Guillén

The most compelling question coming out of the pandemic will be: Which shifts prompted by the pandemic will continue, and which will slow or cease entirely? There are so many to consider: Working from home (beneficial to shares of Zoom, Slack, CrowdStrike, and so many other cloud and videoconferencing names); working out at home instead of at gyms (beneficial to shares of Peloton and Mirror-owner Lululemon); e-commerce gobbling up retail share from brick-and-mortar shopping; delivery and curbside pickup for food and groceries; digital payment apps vs. in-person banking.

Wharton professor Mauro Guillén runs through the laundry list in his book “2030.” Guillén expects that in 10 years, we on Planet Earth will be having fewer babies, enjoying more flexible work-life balance, distributing more wealth to women than men, transacting in more cryptocurrencies, and using far more computers and robots to perform tasks. Some of that sounds good, some of it scary. Here’s Guillén on automation: “By 2030, technological change will usher in a new reality in which there will be billions of computers, sensors, and robotic arms in factories, offices, hospitals, schools, homes, vehicles, and all types of infrastructure. For the first time, there will be more computers than human brains, more sensors than eyes, and more robotic arms than human labor in manufacturing.” (Gulp.) —Daniel Roberts, editor-at-large

“Shakespeare in a Divided America: What His Plays Tell Us About Our Past and Future,” James Shapiro

This may not look like a “business book” per se, but it was the best nonfiction book I read in 2020, and the business of Shakespeare has been booming for four centuries, as Shakespeare scholar Shapiro outlines compellingly.

The book maps out how Shakespeare’s plays have quietly (and at times, not so quietly) figured into major events and political periods in the world. Shapiro structures his argument through eight specific years: 1833 (we learn that John Quincy Adams, bizarrely, hated the character Desdemona for falling in love with Othello, a Black man, and argued about it with a famous Shakespeare actress); 1845 (we discover that a young Ulysses S. Grant was cast to play Desdemona in an Army production of “Othello”); 1849 (the Astor Place theatre riots in Manhattan); 1865 (it turns out that both Abraham Lincoln and his assassin adored Shakespeare, “Macbeth” in particular); 1916 as the U.S. grappled with immigration policy and guarding its borders (sound familiar?); 1948 (American views of marriage and “The Taming of the Shrew”); 1998 (“Shakespeare in Love” and Harvey Weinstein’s interference); and 2017 (about a fiercely controversial production of “Julius Caesar” you may remember reading about, in which Caesar looked a lot like Donald Trump). I learned so much, was never bored, and closed the book wondering what the next major Shakespearean political moment will be. —Daniel Roberts, editor-at-large

“The Ride of a Lifetime: Lessons Learned from 15 Years as CEO of the Walt Disney Company,” Robert Iger (2019)

As a pop culture fan, it was really interesting having Disney chairman Bob Iger break down the acquisitions of Pixar, Marvel and Lucasfilm. He also teased the possibility of a Disney/Apple merger back when Steve Jobs was still alive. I can imagine how much fun we’d have talking about that on Yahoo Finance Live if it had happened… —Nick Monte, Yahoo Finance Live producer

“Stories That Stick: How Storytelling Can Captivate Customers, Influence Audiences, and Transform Your Business,” Kindra Hall (2019)

This book really highlights the gaps today’s companies face with converting leads into clients. Hall elucidates how companies today fall into the loop of high tech features and fancy presentations but fail to create basic, meaningful stories. These stories tug on the viewers’ emotions and sell transformations, not products. It’s less about including all the details, just the right details that engage the reader’s imagination, and as Hall writes, it pulls them into a familiar world. —Dhara Singh, personal finance reporter

This memoir by Steve Jobs’ first child, Lisa, is a look at how she grew up, and her relationship with her tech-famous father. A fascinating read that provided a front-row seat highlighting their father-daughter dynamics, told from Lisa’s point of view. I couldn’t put the book down. —Ines Ferré, markets reporter

I loved this instructive guide on how we can make small changes that can compound over time. —Julia La Roche, Wall Street correspondent

“The Everything Store: Jeff Bezos and the Age of Amazon,” Brad Stone (2013)

This book reminds you that Bezos built a massive e-commerce empire from scratch, and he wasn’t nice while doing it. —Nick Monte, Yahoo Finance Live producer

This may be one of the most influential books I read this year. I came across it from a tweet from hedge fund manager Dan Loeb. It’s all about the power of the mindset and tapping into a growth mindset. —Julia La Roche, Wall Street correspondent

‘The Innovation Stack: Building an Unbeatable Business One Crazy Idea at a Time’ author Jim McKelvey

‘A Blessing: Women of Color Teaming Up to Lead, Empower and Thrive’ coauthors Bonita Stewart and Jacqueline Adams

‘Kings of Crypto: One Startup’s Quest to take Cryptocurrency Out of Silicon Valley and Onto Wall Street’ author Jeff John Roberts

Barack Obama’s favorite books list 2019: Some of the authors in their own words

‘The Fifth Risk’ author Michael Lewis: ‘I thought there’d be a revolution in the streets’ after Trump dismantled the CFPB

‘Scam Me If You Can’ author Frank Abagnale: Never do these 2 things or I can steal your identity

Hikers get caught immediately after breaking coronavirus protocols, get penalized by rescuers

Wed Jan 6 , 2021
If you’re heading to crack the policies, do not get caught. Two hikers reportedly realized this lesson the tough way when they violated COVID-19 restrictions only to get caught and need support. Though the two adult men had been efficiently rescued, they were also penalized for violating the restrictions. The […] 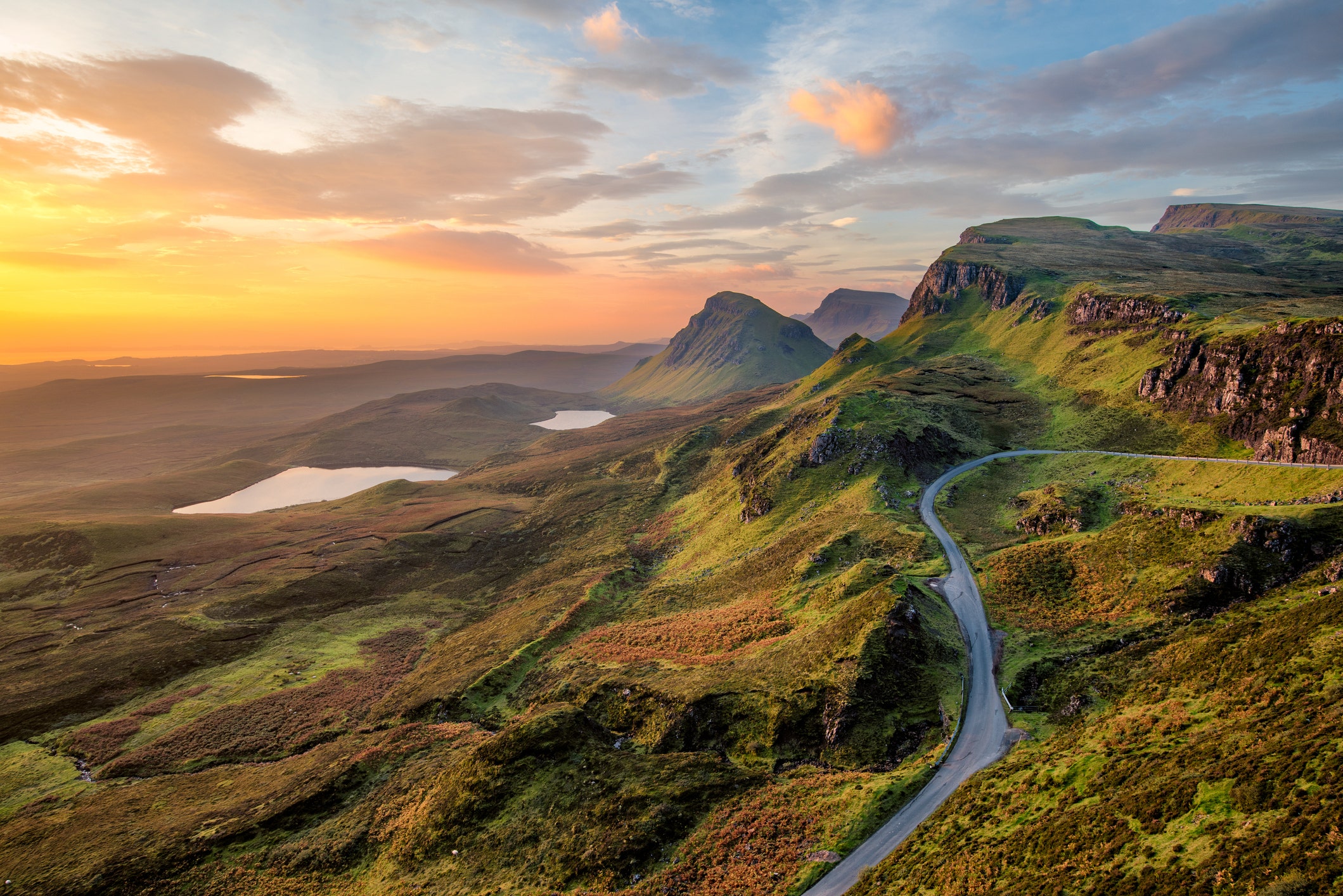